Back to previous page

ECPT: Put Québec On The Map 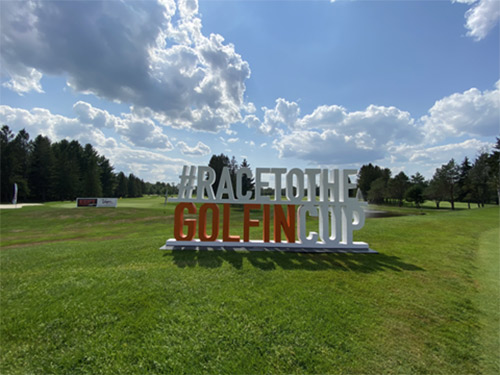 Currently in its third year of operation, the East Coast Pro Tour is reaping the benefits of its efforts. Pleased with the progress they have made thus far; the co-founders of Québec’s only professional tour still have growth on their radar.

Massimo Roch Gagnon and Luca Greco, ECPT’s co-founders, met each other approximately 10 years ago as they were working as groundskeepers for the Club de Golf de l’Île de Montréal. More recently, as they were both supposed to compete on the late CCPT (Circuit Canada Pro Tour), the young men had the idea for the ECPT. When the CCPT announced the end of its operations, Massimo and Luca decided to take the matter in their own ends and ensure the continuity of professional golf in the province.

Asked about the tour objectives for the next few years, Maissmo Roch is very optimistic and ambitious for the future: ‘’Let’s say it’s called East Coast Pro Tour for a reason.’’ Indeed, the organizers would like to add a few tournaments to their calendar in Ontario and in The Maritimes. Ultimately, they want to go South of the boarder and make a name for themselves on the US East Coast.

Race to the Golf In Cup

As part of their expansion, the tour decided to go beyond tournaments cash prizes this year. In partnership with Golf In, the Tour leader at the end of the season will be crowned winner of the Race to the Golf In Cup and offered a paid trip to Europe to take part in a European Tour Q School event. ‘’It’s a great exposure for the Tour, the sponsor, but first and foremost for the player’’, which goes hand in hand with their goal to help players take the step to the next level. He adds: ‘’We’re a development tour: our goal is not to keep players forever. We want to take them to the next level and see Québec players on the PGA Tour of The European Tour.’’ At time of writing, Saint-George’s native Max Gilbert leads the overall leaderboard.

The ECPT was in town last August 23rd, 24th and 25th for the first edition of the Canam & Manac Classic. With a course in top-notch condition, great temperatures and a level of play that went beyond expectations, the organizers are satisfied with the turn of events and are excited to come back for a second edition next year. After a busy summer, there are only a few weeks before the end of the season, which will take place in l’Assomption for the Players Championship.